(RNS) — Last week, the U.S. Conference of Catholic Bishops voted to draft a controversial document on Communion, widely seen as part of a larger effort to deny the Eucharist to Catholic politicians who back abortion rights — a move apparently prompted by the election of President Joe Biden.

USCCB officials have disputed that characterization, in particular Bishop Kevin Rhoades of Fort Wayne-South Bend, Indiana, who chairs the group’s Committee on Doctrine, which will now begin to write the document. He insisted throughout last week’s debate that it won’t single out one group or issue, arguing instead that the document will speak to all Catholics.

As bishops move forward on the document, which will be presented at the USCCB’s fall meeting in November, attention has turned to Rhoades’ committee of bishops and their academic consultants. Here is a roster of the Committee on Doctrine, with key statements each member has said about abortion, the Eucharist, or Biden. 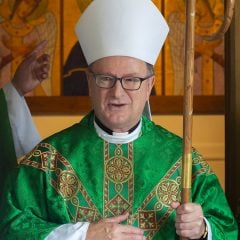 Appointed by Pope Francis in 2013, Barber has been a consistent critic of the fledgling Biden administration. Shortly after the president’s inauguration in January, Barber joined other clerics in publishing a statement deriding Biden’s executive order extending federal nondiscrimination protections to LGBT people.

Barber reportedly served on the USCCB’s working group formed after Biden’s election to discuss how to respond to his presidency. (It was later disbanded without taking any action.) He joined other bishops in signing a statement in March criticizing the president’s $1.9 trillion American Rescue Plan Act, saying they approved of several provisions but arguing that it lacked “protections for the unborn.”

Barber said in September 2020 that, “as Catholics, we simply cannot live without the Eucharist” and published a statement on Facebook in April celebrating San Francisco Archbishop Salvatore Cordileone’s recent pastoral letter, which suggested denying Communion to politicians who support abortion rights. 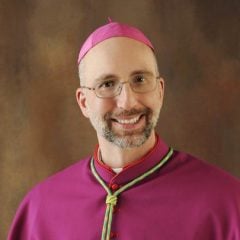 Doerfler, another Francis appointee, posted a YouTube video in May, titled, “Worthy Reception of Holy Communion,” naming abortion as a “grave matter” that requires penance before receiving the Eucharist. He also issued a statement to The UP Catholic in April suggesting some Catholic politicians are leading the faithful astray.

“There seems to be confusion these days about the worthy reception of Holy Communion,” he told the diocesan publication. “In part, that confusion may be due to some Catholic politicians who actively support grave evils such as abortion, euthanasia, same-sex marriage, etc., yet claim to be ‘good Catholics.’” 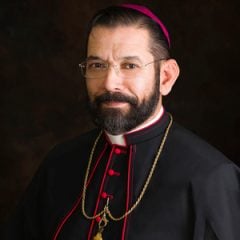 Flores, appointed by Pope Benedict XVI (first as an auxiliary bishop in 2006, then as the Bishop of Brownsville in 2009), is considered a “border bishop”; he has been far more vocal about immigration, championing immigration reform by saying, “We can be a nation of laws and still be a nation of compassion.” He has also railed against the death penalty, saying the Catholic Church’s opposition to it is part of a fight against “throwaway culture.”

In December 2019, when her husband Joe was campaigning for president, Flores led future First Lady Jill Biden on a tour of a migrant camp in Mexico. He has had less to say about the president and the Eucharist than some other bishops.

Flores is slated to succeed Bishop Rhoades as head of the Committee on Doctrine come November 2021 — presumably after the Communion document is brought up for a vote. 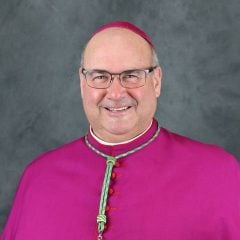 Francis appointed Henning auxiliary bishop of the diocese of Rockville Centre and its 1.5 million Catholics in June 2018. A local product, he graduated from St. John’s University in nearby Queens, New York, in 1986 before studying sacred Scripture at the Catholic University of America. He was ordained in 1992 at Rockville Centre by then-Bishop John McGann.

Henning, 56, has not made public his views on the Eucharist. Learned in several languages, including Latin and Greek, Henning earned his doctorate in sacred theology at the Angelicum in Rome in 2007, and his work since has been focused on driving missionary growth. He has served as rector of the Seminary of the Immaculate Conception in Huntington since 2012. He also helped create the Parresia project, which trains priests from around the world to serve in the United States.

AOC, other Catholic Democrats urge bishops against ‘weaponization’ of Communion

Bishop Steven J. Lopes of the Personal Ordinariate of the Chair of St. Peter 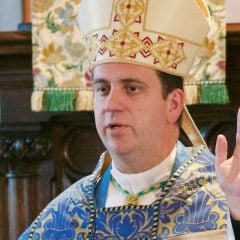 Bishop Steven J. Lopes of The Personal Ordinariate of the Chair of St. Peter. Photo by Victor Panlilio/Creative Commons

Close to Benedict, Lopes served under Cardinal William Levada in the emeritus pope’s former office, the Vatican’s Congregation for the Doctrine of the Faith, before being named “chaplain to his holiness,” when Benedict was still the sitting pope.

In 2015, Lopes was appointed by Francis to lead the Personal Ordinariate of the Chair of St. Peter, a seat created by Benedict as a non-territorial diocese to help former lay and religious Anglicans wishing to come closer to the Catholic Church. A Californian, he resides in Houston, Texas. 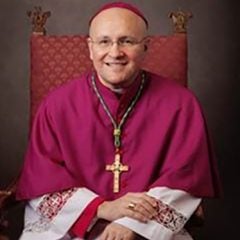 “Our passion for the defense of life is no less vehement, no less committed,” said Massa, while launching a nine-day novena for life sponsored by the U.S. Conference of Catholic Bishops this year. A champion of interreligious and ecumenical dialogue, in 2005 he became the executive director of the Secretariat for Ecumenical and Interreligious dialogue of the Catholic bishops’ conference. Three years later, Benedict selected him to be an adviser on the Pontifical Council for Interreligious Dialogue and to take part in a working group composed of members from the Vatican and the World Council of Churches.

In 2020, Cardinal Timothy Dolan of New York appointed him as rector of the Saint Joseph’s Seminary, Dunwoodie, in Yonkers, where he has taught dogmatic theology since 2012. He has led the effort to merge the seminaries in the Archdiocese of New York, the diocese of Rockville Centre and Brooklyn.

RELATED: What Catholic bishops are actually saying about denying Communion to politicians 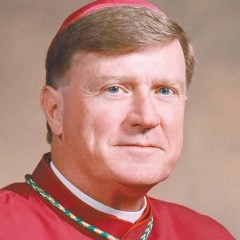 McManus has spoken out against Catholic politicians who support abortion rights, saying it’s “intellectually and morally foolish” for them to personally oppose abortion while failing to “politically or to legally limit it because it’s a right established by the Constitution.”

McManus, 69, was named to his see in 2004 by Pope John Paul II and is listed as an adviser for Priests for Life, a group led by the Rev. Frank Pavone, an outspoken priest who publicly supported former President Donald Trump.

In March 2012, a Catholic college in McManus’ diocese withdrew an invitation to Victoria Reggie Kennedy, widow of the late Sen. Ted Kennedy, to deliver a commencement speech. During his lifetime, Kennedy had publicly backed abortion rights and gay marriage.

A diocesan spokesman had said McManus was acting in line with the U.S. bishops’ 2004 statement that “Catholic institutions should not honor those who act in defiance of our fundamental moral principles,” the Associated Press reported.

Bishop Michael F. Olson of the Diocese of Fort Worth 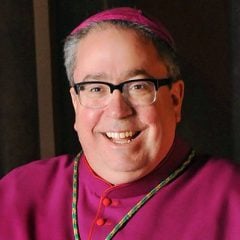 Bishop Michael F. Olson of the Diocese of Fort Worth. Courtesy photo

In a 2019 tweet responding to legislation in Virginia that would have loosened the state’s restrictions on third-trimester abortions, Olson said faithful Catholics “can only stand for the right to life,” adding: “There is no other moral choice.”

In a Fort Worth Star-Telegram oped the next year, Olson, 54, wrote that “each act of contraception and abortion reduces first a woman then an unborn child to the status of an object of inconvenience.”

“Sadly, many public Catholics have become compliant with the media-driven and socially dominant religion of secular individualism and its demand that law and jurisprudence substitute emotivism for right reason and that medicine serve desires rather than human dignity,” Olson wrote.

Olson, of Illinois, was named the fourth bishop of Fort Worth in November 2013 by Francis.

Bishop William E. Lori, of the Archdiocese of Baltimore 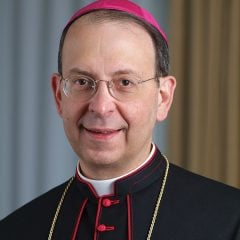 Lori, a Kentuckian who was named the 16th archbishop of Baltimore in March 2012 by Benedict, has served as the chairman of the U.S. Conference of Catholic Bishops’ Committee on Doctrine. He now serves as a consultant for the committee. Known as a conservative in a relatively liberal state, Lori has spoken highly of Francis.

When Lori visited Rome with other Baltimore bishops in 2019, he gave the pope a jersey representing the city’s NFL team, the Ravens. “I can say to you that we have a shepherd in Pope Francis who wants to know us and who certainly loves us and certainly cares about us,” Lori said at the time.

Lori in 2018 led a Stations of the Cross procession to a Baltimore Planned Parenthood that, according to the archdiocese website, was a “public witness with our shepherd of our desire to ask for God’s grace to end abortion.”