(RNS) — Even during a period when the bombs dropping on American Catholics fall with escalating and increasingly destructive frequency, the publication of an “investigation” of Monsignor Jeffrey Burrill, the now-former general secretary of the United States Conference of Catholic Bishops, blasts a crater worth crawling down into for a forensic examination.

There are reasons to think it heralds a new and even uglier era in American Catholicism.

As Catholics were still reeling from Pope Francis’ abrogation Friday (July 16) of his predecessor’s guidance on the traditional Latin Mass, “Summorum Pontificum” (indeed, while this author was struggling to finish an article about that event), The Pillar, a Catholic publication, released what it called “an investigation” in which data identifying Burrill’s phone seemed to indicate he had frequently used Grindr, a popular dating app in the gay community, and that he had left geolocation tracks to and from gay clubs.

That is all we really learned from The Pillar’s “investigation.” And, here is an important place to pause.

I am a sinner. So are you. So is Monsignor Jeffrey Burrill. Not one of us has a personal life that would withstand the sort of scrutiny The Pillar has applied to Burrill. Every single one of us has had a shameful moment we regret, and I suspect most of us must be caught up in cycles of sinfulness that we repeat less because we want to than because we are sinners and cannot help being sinners.

RELATED: General secretary to US bishops resigns amid misconduct allegations

Like anyone else, Burrill’s sins are between him and God. Like any other priest, we can say his bishop belongs in that conversation too. But unless there is some reason to think he has harmed someone else, I feel sure his sins are none of my business, as much as my sins are none of yours. As a Catholic, I am bound to believe all of that. 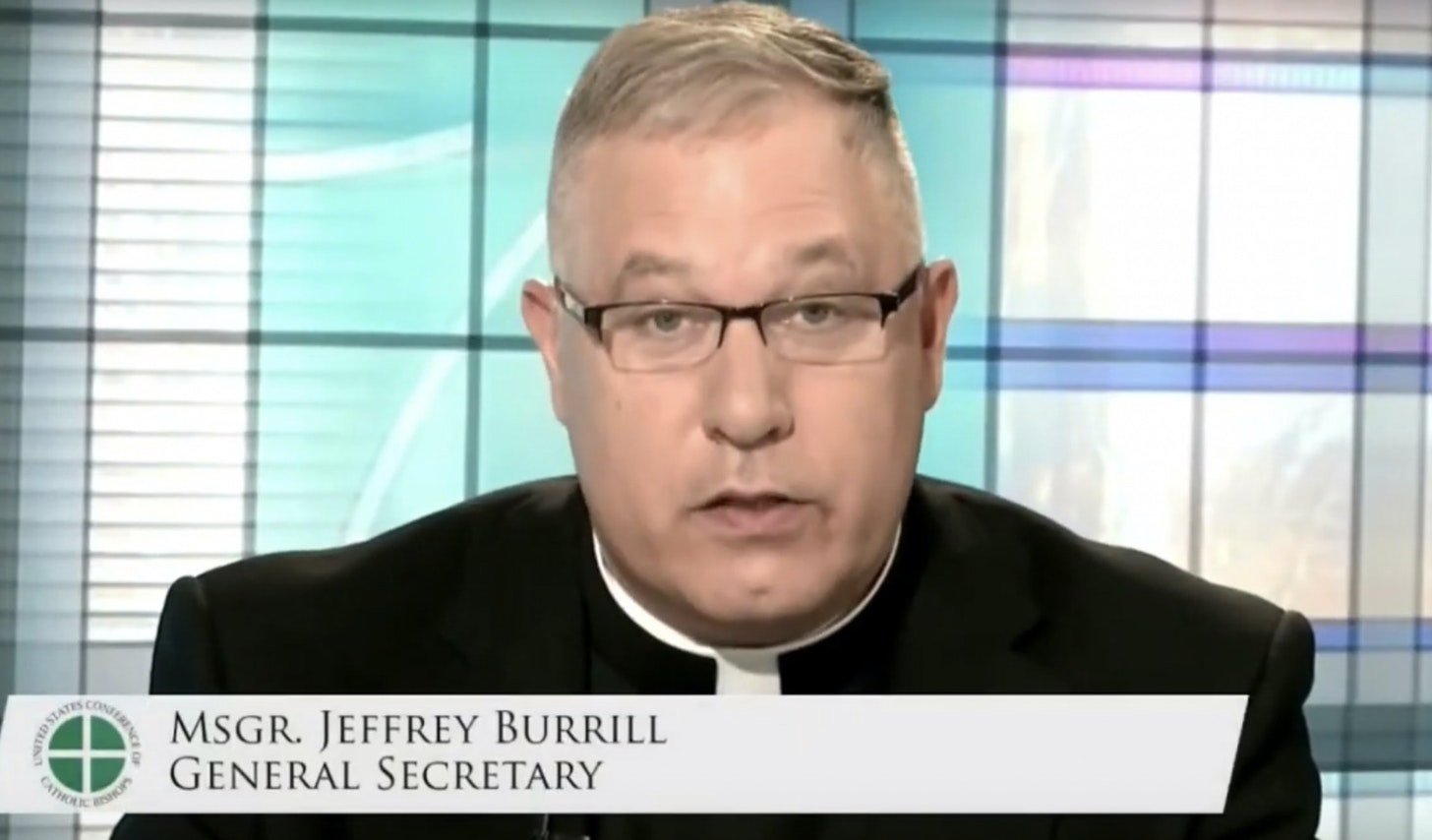 I am not sure what the investigators at The Pillar believe. I feel comfortably sure that before they embarked on their “investigation,” they must not have thought about the Code of Canon Law, which states, “No one is permitted to harm illegitimately the good reputation which a person possesses nor to injure the right of any person to protect his or her own privacy.”

They must also not have thought about the Catechism of the Catholic Church, which says, “everyone should be careful to interpret insofar as possible his neighbor’s thoughts, words, and deeds in a favorable way” because “detraction and calumny offend against the virtues of justice and charity.” I can see plainly they did not heed St. Paul, who pointed the finger at himself as a sinner (1 Timothy 1:15) before pointing to others.

Whatever we may say of their practice of Catholicism, The Pillar’s investigators paid little heed also to the canons of ethics for journalists. How did they get their story? The Society for Professional Journalists’ Code of Ethics encourages journalists to “avoid using undercover or other surreptitious methods of gathering information” and admonishes that “Pursuit of the news is not a license for … undue intrusiveness.” What story did they get here? That Burrill might have broken his vow of chastity and (consensually) used other people for impersonal sex? The Code of Ethics also tells journalists to “avoid pandering to lurid curiosity, even if others do.” And perhaps more importantly, it says, “avoid stereotyping.” There we also need to pay some attention.

The Pillar has less gotten hold of a story than it has published an innuendo. And, the innuendo should worry us. The Pillar writes that the data it has from Burrill’s phone “suggest that he was … engaged in serial and illicit sexual activity,” at the same time he was coordinating responses to the sex abuse crisis for the U.S. Conference of Catholic Bishops.

Although Pillar acknowledges “there is no evidence to suggest that Burrill was in contact with minors through his use of Grindr,” the article goes on in the same paragraph to say his use of the app presents a conflict of interest in his role responding to sex abuse because such apps are sometimes used to solicit or traffic minors. 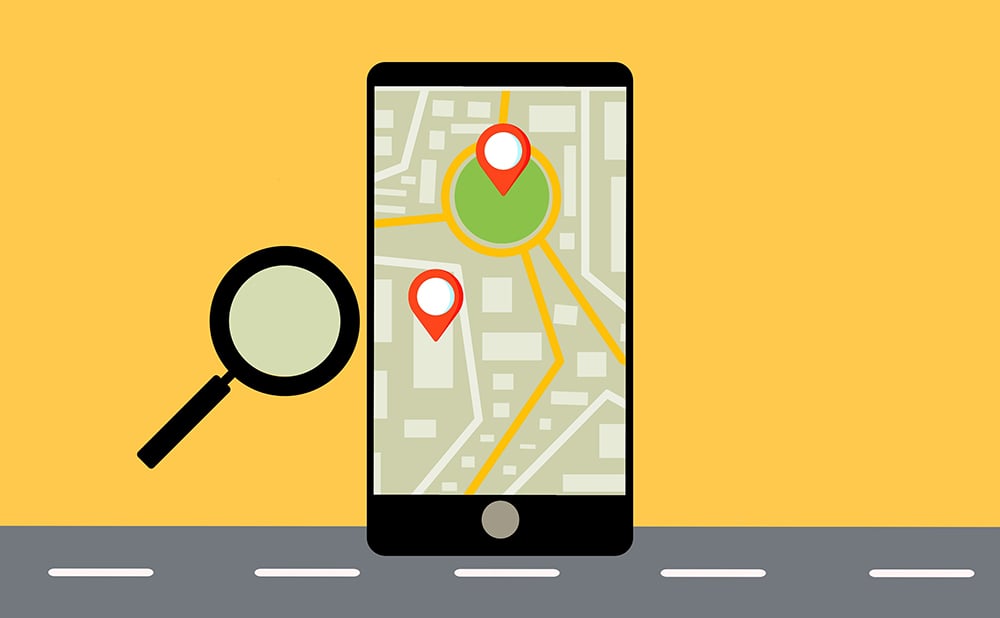 A few paragraphs earlier the article quotes another priest seeming to make a similar leap regarding Burrill’s behavior: that “regularly and glaringly failing to live continence” can become “only a step away from sexual predation.”

That equivalence is the ugliest part — conflating consensual sexual behavior (if Burrill even was part of any, which we do not know) with sexual abuse. This is the hook on which the “story” hangs, a long-discredited link between sexual abuse and homosexuality. It is hard to call that something other than a slur and a sin against the LGBTQ+ community.

Not to mention, the article’s allegations, if true, “out” Burrill’s sexuality without his consent — a widely condemned practice.

And, all of that is a bit much to take. But I fear in fact there is something worse.

RELATED: Pope Francis’ support for civil unions is a call to justice — and nothing new

I agree with what Monsignor Kevin Irwin wrote today in the National Catholic Reporter, that Pope Francis last week unmasked “the silent schism that has taken place and continues in the American Catholic Church.” We Catholics have been at each other’s throats for decades, mostly quietly and with some veneer of restraint. The façade has been falling, and those days might be over. Now, The Pillar has opened the way further with this no-holds-barred exposé.

I do not say this idly. After mere hours, the comments on The Pillar’s tweet of the story already see people enthused about going after “bishops … engaged in questionable activity,” and asking “what the laity should be doing (to) shine a light into all these dark corners.” We saw centuries ago what Christians — unburdened by their Christianity — in their conflicts with other Christians can look like. I fear we are seeing it again. That is what schism brings. That is where the spirit of division leads.

Pope Francis was not wrong to unmask what already is underway, but The Pillar is wrong to push this spirit of division even further along with what I only can call the worst sort of tittle-tattle tabloid journalism. And, I fear we have not yet seen the worst.

A long ugly season awaits American Catholics. No one is safe and — it seems — all is permitted.

(Steven P. Millies is associate professor of public theology and director of The Bernardin Center, at Catholic Theological Union. The views expressed in this commentary do not necessarily reflect those of Religion News Service.)

RELATED: The Latin Mass is not going away soon