(RNS) — Over the last few weeks, devastating news has come out of Canada: Residential schools, also known as boarding schools, often run by churches, have been under investigation, and the remains of hundreds of Indigenous children have been unearthed in the process. The most recent discovery, of 751 bodies in unmarked graves at a former residential school in Saskatchewan, reveals the ongoing legacy of settler colonialism.

While the Canadian government and churches in Canada attempt to respond to this, First Nations peoples are demanding Canada come to terms with its history of genocide and colonization. As we watch and grieve with our relatives, America itself continues to reckon with our own history.

Earlier this week, Secretary of the Interior Deb Haaland announced a new initiative to investigate boarding schools here in the United States, which will reveal a part of our history we seldom talk about in schools, government or churches.

But this only scratches the surface of the ways in which the truth must be told in America. Just like Canada, we too have a legacy of ongoing colonization and genocide, and it must be addressed.

RELATED: Changing the Washington NFL team’s name is something, but not enough

Just last month, Republican political commentator and former senator Rick Santorum shared his opinion of the origins of this nation, saying: “We birthed a nation from nothing. I mean, there was nothing here. I mean, yes we have Native Americans, but candidly there isn’t much Native American culture in American culture.” Indigenous journalists, writers and activists demanded Santorum’s removal from CNN, which eventually happened as a result of those relentless efforts.

Conversations about truth-telling have come up before — like to correct this all-too-common conception of America as a blank landscape that was filled by brave and pure settlers — but to acknowledge this particular history, it is going to take effort, time and sensitivity. 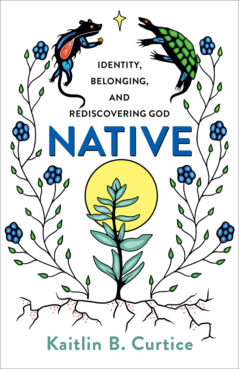 And all too often when this conversation surfaces, it is directed toward the government and the harm done by those in power, while again and again, we have missed the role the church plays in the colonization of Indigenous peoples — including through boarding schools.

I share about American boarding schools in my book, “Native: Identity, Belonging, and Rediscovering God”:

The government and the church came alongside each other to make the children in the schools both more Westernized and more “Christian,” because America itself was built on the premise of a colonizing Christian empire. One of the most essential ways to “kill the Indian” was to strip children of their language, thus destroying a lifeline to their culture. … In the days, months, and years following, teachers indoctrinated the children with white culture, with ideas of Christian salvation, and with the most important white supremacist idea of all: that who they were and where they came from was an abomination that must be put to death for good.

In her new book, “The Land Is Not Empty,” author Sarah Augustine writes: Boarding schools were created to Christianize and assimilate Indigenous children, who were forcibly removed from their parents’ care and institutionalized in schools where disease, malnutrition, neglect, assault and abuse were rampant.

The American church needs to reckon with its history of complicity in the treatment of Indigenous peoples — and the ongoing colonization Indigenous peoples continue to face today through missionary quests, ideas of personal salvation and forced assimilation. Colonization was not just one moment in time, but is a cycle that continues to repeat itself, especially when the truth is kept hidden in the shadows.

I wrote about the legacy of missionary work for RNS in a piece called “Missions: Is it love or colonization?” In the piece, I wrote: “We can take a quick look at the history of America and see why a people group would oppose outsiders who come in the name of Jesus. Missionaries and colonizers often worked hand in hand, leading to genocide, colonization and assimilation done in the name of Jesus.” Just as Augustine writes in her book, the Doctrine of Discovery laid the foundation for white supremacy to build this nation we now call America, and for America to fulfill its destiny, Indigenous peoples needed to be wiped out or assimilated.

RELATED: Missions: Is it love or colonization?

So, the church needs to prepare itself for a difficult and long-needed conversation when it comes to the treatment of Indigenous peoples in the past and present. As an author and public speaker, I have been in the physical and virtual sanctuaries of many churches, and have met with pastors and Christian leaders who are navigating conversations on who America really is. I often get asked how the church can enter into the work of reconciliation, and my response is this: Reconciliation is not possible. Not right now.

I do not see reconciliation on a near horizon when, in our schools, churches and political spaces, we do not talk about the horrific realities of our nation’s history. What I fear most is that Christian leaders, churches and institutions will take on performative acts of acknowledgment or even grief, but will return to the status quo of covering up the truth once the news blows over.

I fear that, just as we have seen folks burn out of anti-racism work after they bought new books they didn’t read and continued to uphold white supremacy, people will buy books by Indigenous authors like myself without committing to the work of listening and making the changes necessary to have these conversations. The church has a responsibility to tell the truth, and this is going to be a long process. If we are committed to this process, it is going to take a lot of time and energy.

The truth is, I’m not sure the United States government or the American church cares enough about Indigenous children, Indigenous elders or Indigenous ancestors — or our trauma — to truly tell the truth and take any steps toward these difficult conversations. But my hope is that, at some point, there will be some people within these institutions who will start speaking up so we don’t have to. The work of true solidarity, the practice of true kinship, will lead us toward communities having these conversations, and one day, I hope, toward the American church asking who they have been and who they want to be. As I write in “Native,” “Indigenous bodies are bodies that remember.” We cannot simply erase the trauma so many of our ancestors suffered, trauma that has been passed down to us. But nothing can be healed until we collectively name the wounds we are dealing with as a nation. I hope we can begin to name those wounds.

(Kaitlin Curtice is a Potawatomi author and speaker. She is the author of “Native: Identity, Belonging, and Rediscovering God.” The views expressed in this commentary do not necessarily represent those of Religion News Service.)