Many aspects of living have improved over the last 100 years more than all of world history combined.  Especially in areas of health!  Despite such progress, the viewing of a few news reports will leave you thinking the world drowning in chaos while being overtaken by plagues and diseases -leading to a zombie apocalypse (factious tone).

The Coronavirus is the centerpiece of news reports today.  It is a serious problem which requires our attention.  But that is not to say that the news should require our attention.  In my city, Greenville SC I was informed the other day that a fist fight occurred at the Dollar Tree over the purchase of hand sanitizer.  Toilet paper is becoming scarce and limited to 4 per purchase when it is available.

That is the percentage of US citizens who are confirmed to have the Coronavirus!

Yet to listen to the news, it seems so much worse.

Sensationalism is tactic used by news reporters and media agencies to excite the attention of viewers in order to achieve higher ratings and subscribers.  This form of manipulation is achieved by appealing to emotions with over emphasized, insignificant, biased, and controversial information; portraying it as affecting society at large.  Unfortunately, it is rarely done by attention to positivity or optimism.

Protect Yourself from Poor Thinking!

Negativity bias a term which describes the default tendency for people to focus on negative information.

Availability bias describes the tendency to overestimate the significance of negative information.

Confirmation bias explains the inclination to find “proof” of the negative report.

Keep yourself updated out of necessity while knowing when it is time to turn off news reports.  Don’t let that chaos fill your mind with fear.

Ask the Lord if you may have an addiction to negativity.

Fill your mind with the Good News and be prepared to answer fear with words of hope!

We must stand apart from the world, even more during times like these.  It is important to take precautions to ensure safety.  This is an opportunity for ministers to share the hope and peace which comes only from our Father.  We can not permit ourselves to become fearful and unreasonable like those who do not believe.  We should remember the Word of God which tells us how to respond:

(6)  do not be anxious about anything, but in everything by prayer and supplication with thanksgiving let your requests be made known to God.

(7)  And the peace of God, which surpasses all understanding, will guard your hearts and your minds in Christ Jesus.

Sharpen your MINISTRY SKILLS with NACM’s unique courses
and be truly “meet for the Master’s use!” (2 Tim 2:21)
Rodger Niemeier, Exec. Elder
My first real paying job was working on VW’s. The first day of work I showed up with the only tools I had: a metal box of a few carpentry tools (I never lived that down!). I learned how to do some simple repairs, but I still didn’t have the RIGHT TOOLS – and so had to buy them from the Snap-On tool truck each month! It cost me a chunk out of my paychecks, BUT I HAD TO HAVE THE RIGHT TOOLS FOR THE JOB!
Ministry is no different! We have the Holy Spirit, but we also need the right tools. The NACM isn’t trying to be a Bible College or seminary, but we do want to provide unique, efficient and practical ministry-skills trainings to our members to enhance effectiveness in ministering.
So PLEASE CHECK OUT OUR COURSES for MINISTERS & CHAPLAINS:
LINK TO CLICK ON:
https://nacministers.net/faq/kb/courses/

Schedule Your Attendance for an Upcoming Gathering

New from the Spirit Shop! 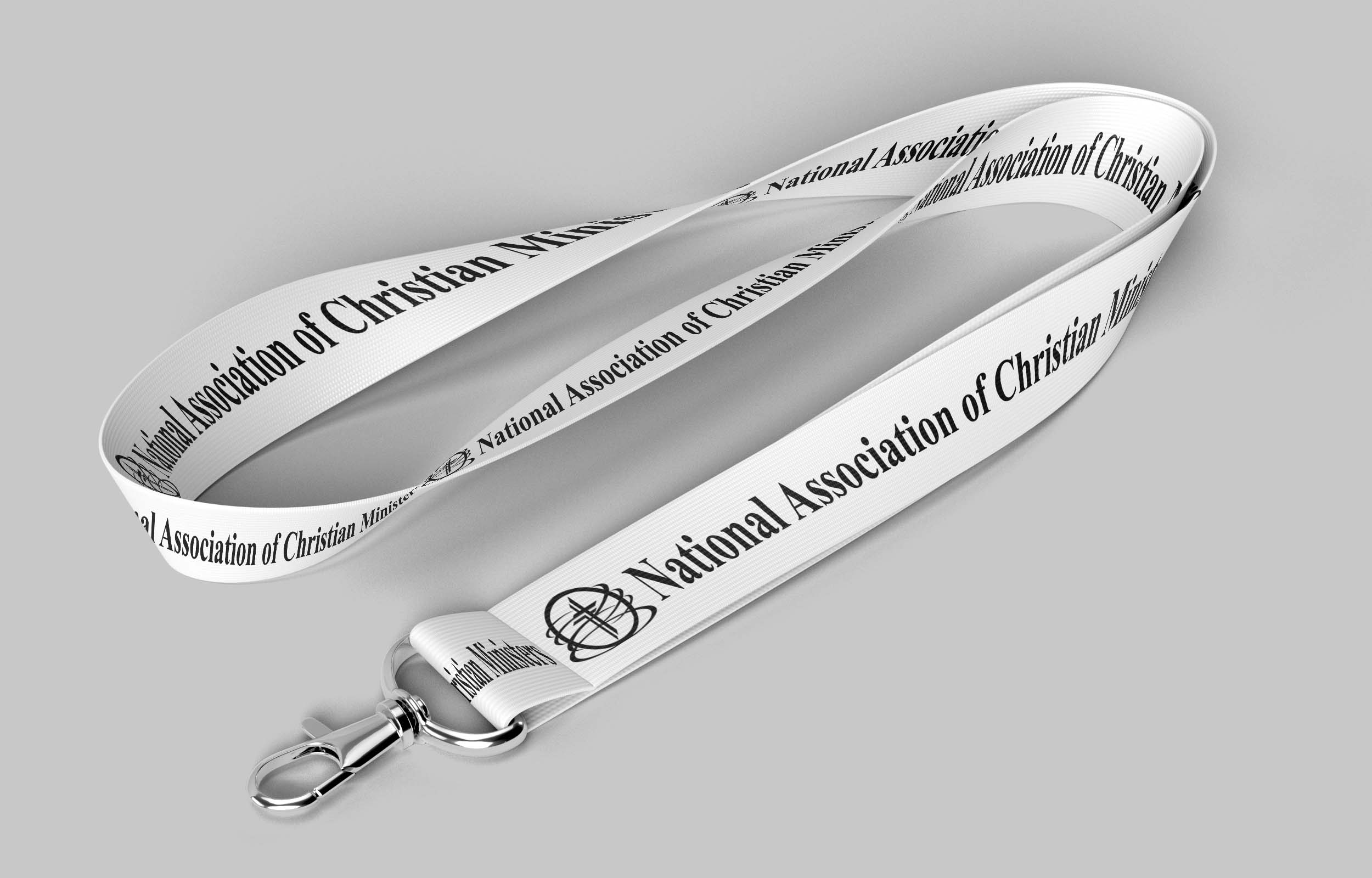 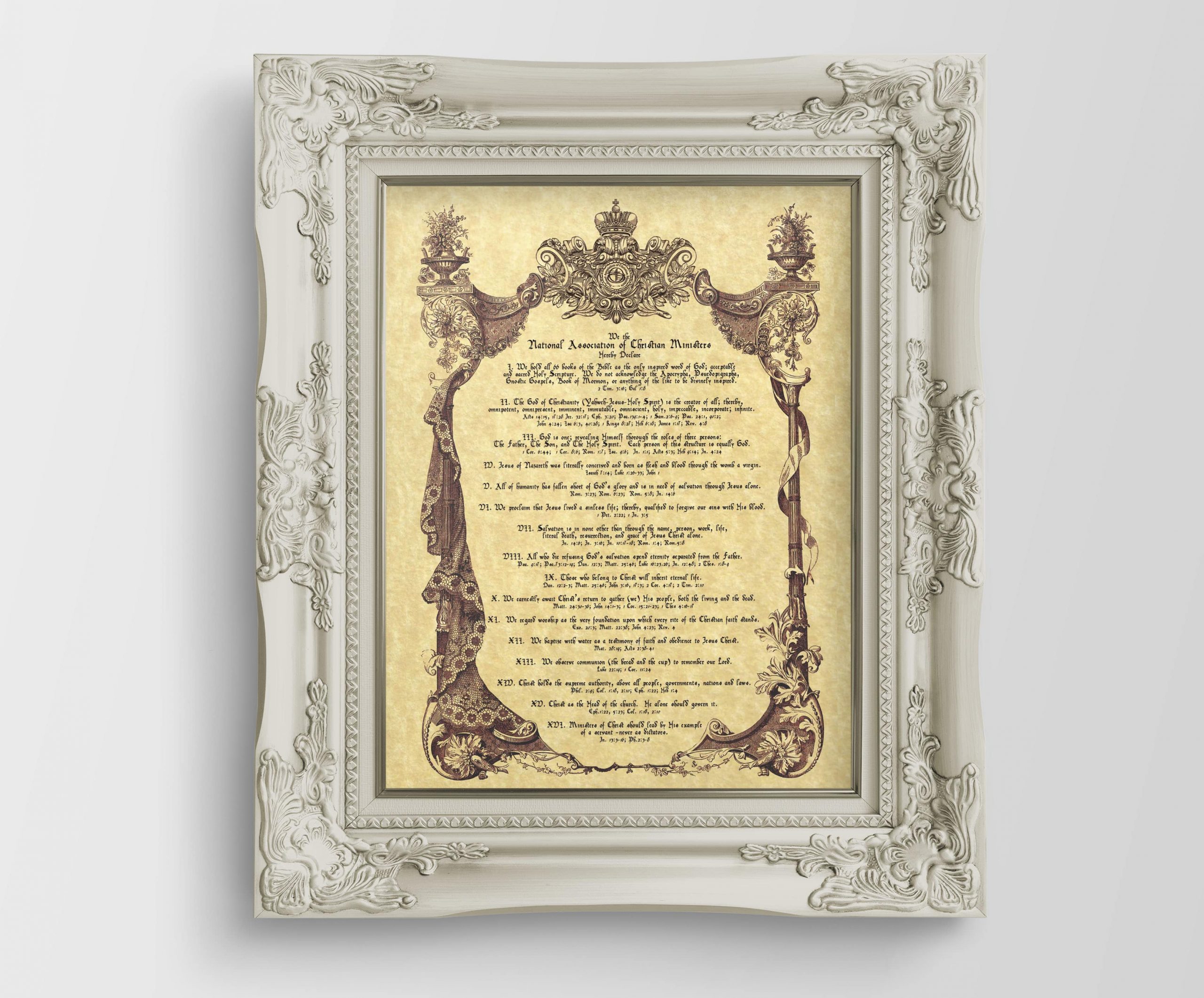 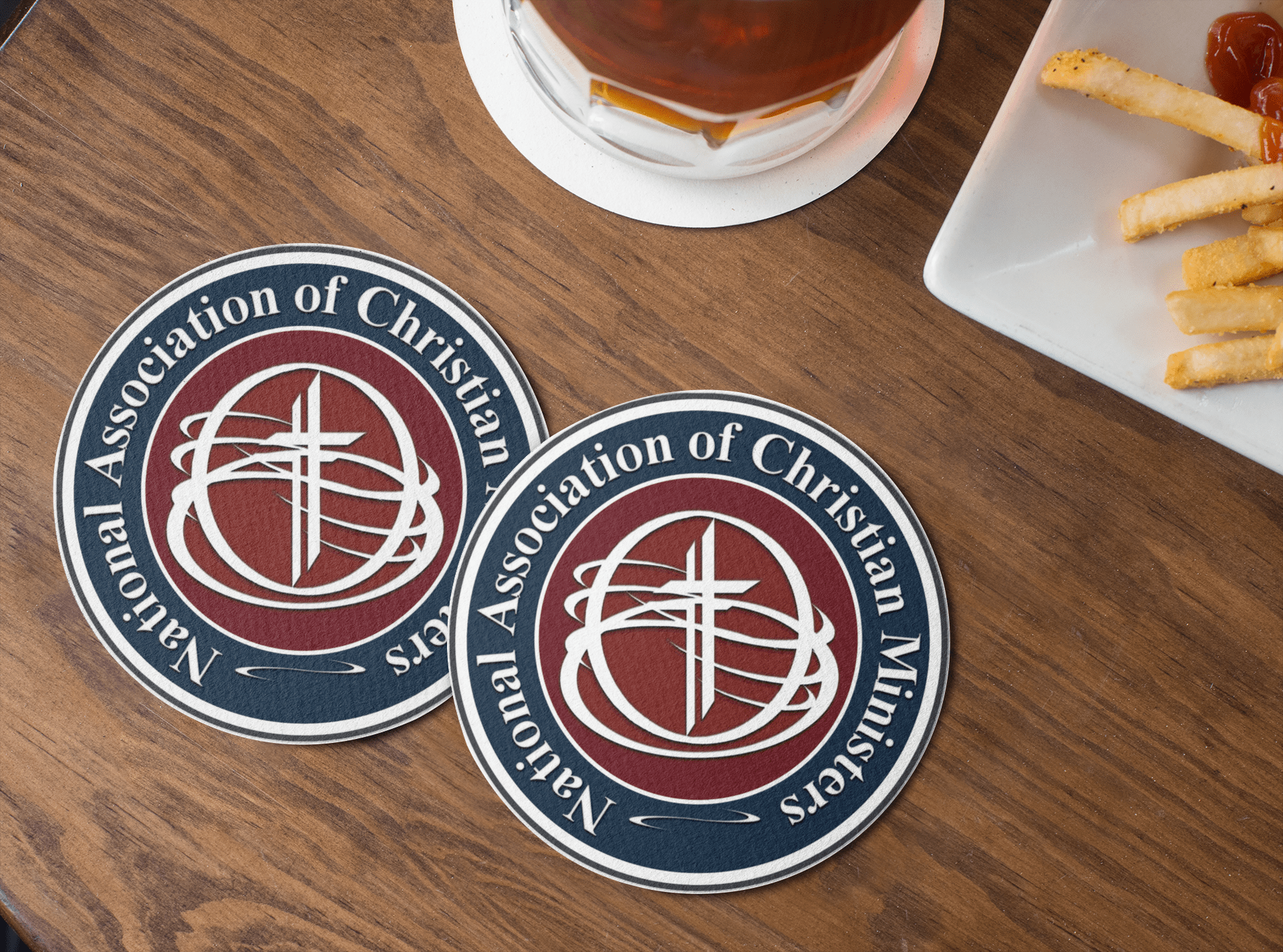 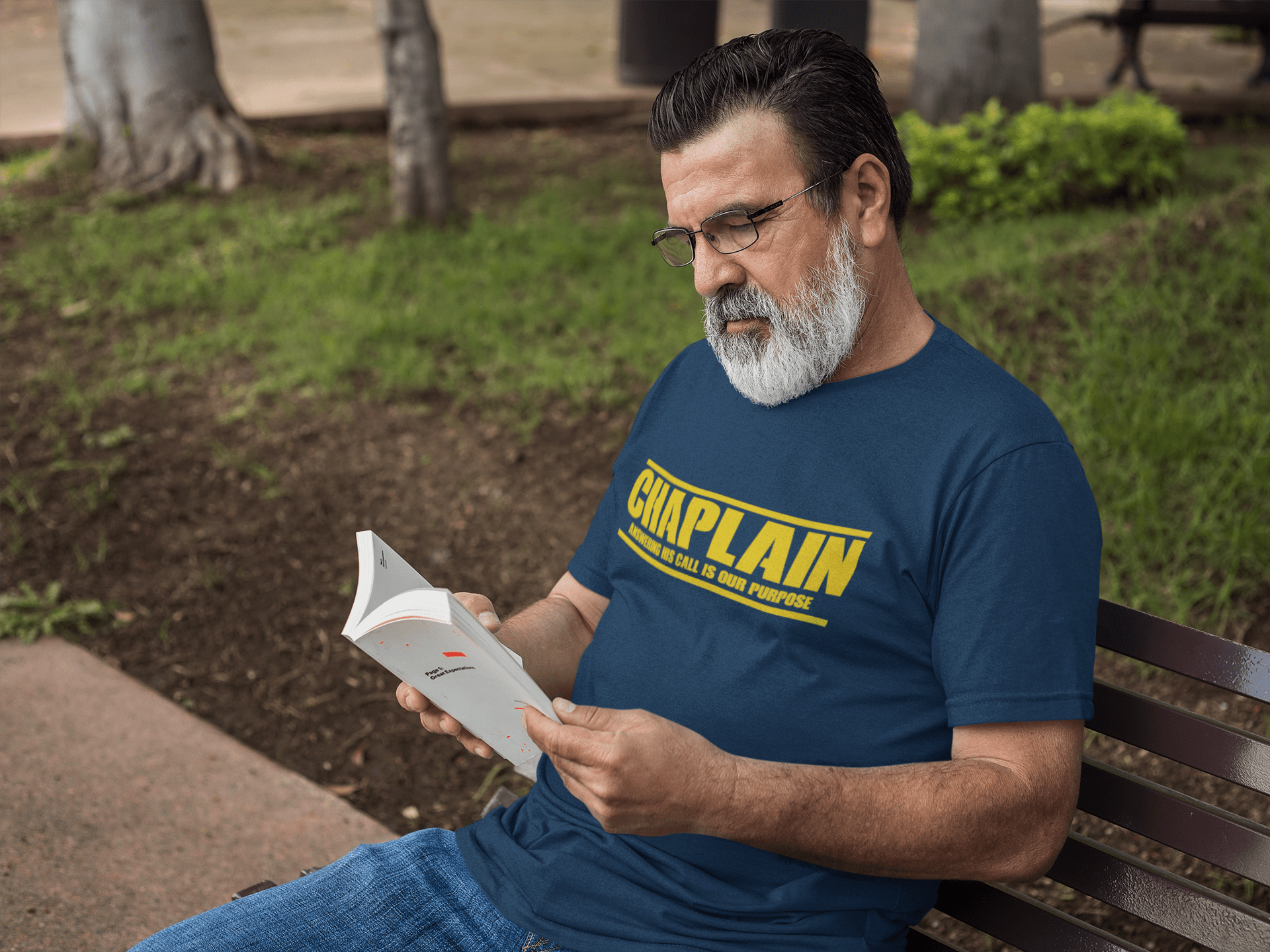 ARIZONA: All K-12 schools, including charter and private schools, are closed until March 27; child care centers are not included

COLORADO: All ski resorts ordered to close; state of emergency issued; all dine-in services at bars and restaurants stopped for 30 days, although take-out, drive-through and delivery services are allowed; gyms, theaters and businesses ordered to close

CONNECTICUT: Gatherings of more than 50 people prohibited; visitor restrictions implemented at nursing and rest homes; 180-day requirement for public schools waived, although the state has not implemented a complete shutdown of schools; bars, restaurants, casinos, movie theaters, gyms to close at 8 p.m. Monday and remain closed until further notice; restaurants may stay open for delivery

FLORIDA: All public schools closed until March 30; temporary ban on visitations at long-term care facilities for any person who recently traveled internationally, has been on cruise ships or has had contact with someone who has the virus

ILLINOIS: All schools closed until March 30; all restaurants and bars closed for dining in for two weeks; drive-ins, delivery and curbside service allowed to remain open

INDIANA: No state enforced closures; schools that do choose to close can do so for up to 20 days without having to make up missed time

KENTUCKY: Public schools closed for at least two weeks; all bars and restaurants ordered to close in-house dining; carry-out and delivery may continue

MAINE: Gatherings of more than 250 people recommended to be postponed for at least 30 days

MASSACHUSETTS: All schools ordered to close; dining in for all restaurants closed, although they may offer take-out; gatherings larger than 25 people prohibited beginning Tuesday

MICHIGAN: All public and private schools closed until April 5; all bars, restaurants and other establishments ordered to temporarily shut down beginning 3 p.m. Monday; delivery and take-out may remain

NEW HAMPSHIRE: State of emergency; all public schools to close through April 4 and transition to remote learning

NEW JERSEY: State of emergency; all casinos, gyms, and movie theaters to close at 8 p.m. Monday; restaurants and bars to close and only offer delivery and takeout beginning 8 p.m. March 16; Hoboken enacts curfew from 10 p.m. until 5 a.m. beginning March 16; statewide curfew between 8 p.m. to 5 a.m.

OHIO: State of emergency; all bars and restaurants closed beginning 9 p.m. March 15, with exception of take-out services; schools closed until possibly the end of the year

SOUTH CAROLINA: State of emergency; all public schools closed through March; visitation in state Department of Corrections facilities is suspended

WASHINGTON, D.C.: State of emergency; all bars and restaurants will become grab-and-go/takeout/delivery-only as of 10 p.m. March 16, no eating inside restaurants or bars will be permitted; nightclubs and multi-purpose facilities must close