(RNS) — A former intelligence officer has accused Canada’s top spy agency of discrimination. Huda Mukbil says she was discriminated against while a member of the Canadian Security Intelligence Service because of her Muslim faith and said the treatment posed a national security threat to Canada.

”It’s the reason why individuals in the Muslim community don’t feel they can trust the organization to tackle far-right threats,” said Mukbil in a recent interview with CBC, Canada’s national broadcast service.

Mukbil’s accusations come as she runs for a seat in the Canadian Parliament. She is the New Democratic Party candidate for Ottawa South. The NDP is the fourth largest party in the Parliament and is led by Jagmeet Singh, the first Sikh and person of South Asian heritage to lead a major political party in North America. 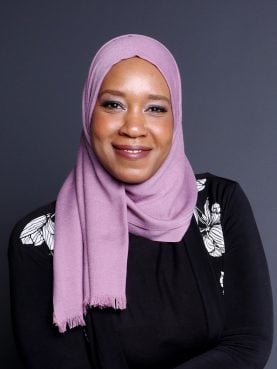 Mukbil said that during her years serving in the Canadian Security Intelligence Service, she was treated as a potential threat by colleagues. In 2005, three years after joining the force, she was interrogated by CSIS officials about why she wore hijab, about her frequency of prayer and about her views on the war in Afghanistan and other foreign policy topics. She complained about the incident to her supervisors but claims she got little response.

Mukbil filed a discrimination lawsuit against the CSIS in 2017, which was joined by other intelligence officers who said they experienced other forms of discrimination. That lawsuit was settled out of court. In April, the CSIS asked that a similar lawsuit by a different Muslim employee be thrown out of court.

But in an interview last year, the agency’s director admitted that systematic racism was an issue at CSIS. Some Muslims who work for intelligence services in the United States have also complained of microaggressions and other harassment from their colleagues.

RELATED: Islamophobia on the rise, according to United Nations report

Mukbil’s allegations came just weeks after four members of a Muslim family in London, Ontario, were killed in an apparent bias attack in early June. In 2017, a right-wing terrorist opened fire at a mosque in Quebec City, Quebec. That attack killed six people, and law enforcement investigators determined the man had self-radicalized online after coming into contact with far-right groups.