(RNS) — A number of faith-based groups were among the nearly 300 recipients of $2.7 billion in grants announced Tuesday (June 15) by billionaire philanthropist MacKenzie Scott to organizations addressing a range of social issues.

Scott, who was formerly married to Amazon founder Jeff Bezos, wrote in a Medium post that she and her husband, Dan Jewett, worked with researchers, administrators and advisers to figure out how to best distribute the money to “high-impact organizations” in areas “that have been historically underfunded and overlooked.”

It is the third round of no-strings-attached, major philanthropic gifts Scott has made since 2020. Scott’s wealth, estimated by Forbes at roughly $60 billion, has grown since she divorced from Bezos in 2019 and walked away with a 4% stake in Amazon.

In her post, Scott listed the 286 organizations and institutions that received funding but did not disclose the amount she gave to each group.

“Discrimination against ethnic and religious minorities has been deepening, so we assessed organizations bridging divides through interfaith support and collaboration,” Scott wrote.

RELATED: Philanthropists and politicians: Religion is not a problem to solve, it’s a partnership opportunity

The Rev. Jennifer Butler, chief executive officer of Faith in Public Life, said her organization was first notified about the financial gift by phone about two weeks ago. Initially, Butler said, the money was characterized as coming from an anonymous donor, but it was later disclosed the funding came from Scott and her husband. 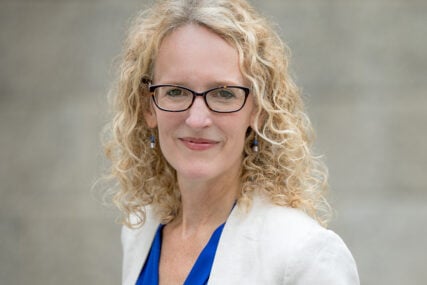 Butler told Religion News Service she was floored and in tears by the “amount of trust that they put in the organizations that they’re investing in.” She wouldn’t disclose how much money Faith in Public Life was granted, but she said it was a “significant multimillion-dollar gift.”

Butler said Faith in Public Life serves about 50,000 religious leaders, with networks in Florida, Georgia and Ohio. The organization, which has increased in staff and budget in the past few years, has worked to combat Christian nationalism and the religious right, according to a statement.

“We’re working across the Black belt of Georgia. We’re working in communities hit hard by the opioid crisis in Ohio. We will continue to build out in additional space and deepen the networks where we’re already organizing to work for just policies and to challenge racism,” Butler told RNS.

With funding going toward a range of religious groups, Butler said she foresees a “continuing resurgence of a more progressive faith movement that truly represents what our traditions are about.”

“Our mission has always been to build a faith movement for justice, compassion and the common good, and so I am ecstatic that other faith groups were part of this gift,” she said.

For Mark Hetfield, president and CEO of HIAS, an international Jewish humanitarian organization, the money will help in HIAS’ transformation from a Jewish refugee resettlement agency to an organization that can further assist refugees wherever they may be.

“We’ve expanded the scope of our work in recent years and now we hope to really improve our capacity with this transformational grant to respond to refugee crisis on an emergency basis,” he added.

Hetfield said the organization wasn’t ready yet to disclose the amount it is receiving but said it’s significant that HIAS was among other faith groups awarded this funding.

Muslim Advocates Executive Director Farhana Khera said in a statement that the money her group is receiving will help in its work “to secure the rights of Muslims and all people.” 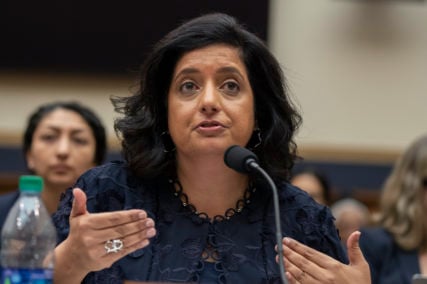 In this Sept. 24, 2019, file photo, Farhana Khera, president and executive director of Muslim Advocates, speaks during a joint hearing of the House Committee on the Judiciary‚ Subcommittee on Immigration and Citizenship, and Committee on Foreign Affairs, Subcommittee on Oversight and Investigations, on the Trump administration’s so-called Muslim ban, on Capitol Hill in Washington. (AP Photo/Manuel Balce Ceneta, File)

She said the grant is meaningful because “Muslims often get left out of conversations about civil rights and the future of our democracy.”

The national civil rights organization has advocated for Muslims seeking to build mosques and cemeteries in their communities and has urged federal and state prisons to accommodate the religious needs of incarcerated Muslims during Ramadan. It has also worked to hold tech companies accountable for anti-Muslim hate content online.

“This gift from Ms. Scott ensures not only that this vital work continues but also that we can do even more to fight anti-Muslim bigotry and ensure freedom, justice and equality for all,” Khera said in the statement.

The Rev. Alvin Herring, executive director of the congregation-based organizing network Faith in Action, told RNS the multimillion-dollar grant it received will allow the organization to invest in its network of member federations.

The multifaith, multiracial group boasts 45 member organizations spread across 200 cities and towns in 25 states. Each organization claims the membership of multiple worship communities of various sizes dedicated to advocating for certain policies and legislation.

The organization, previously known as PICO National Network, will be celebrating its 50th anniversary next year, Herring said. Faith in Action has rallied behind prison reform in California and equitable funding for public education in Pennsylvania. 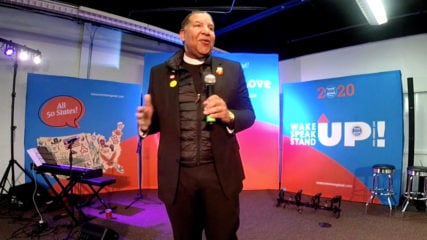 “We’re probably one of the best-kept secrets in this country, although millions of people every day organize their faith and their voice through our organization,” Herring said.

“We often encounter folks who may not have heard of us or who may not be aware of our work even in their own communities. This will give us an opportunity to share more broadly about the amazing people who make up this network,” he added.

Herring said these financial gifts “clearly signal that there’s a recognition that faith and people of faith have a role to play in this democracy.”

RELATED: Faith leaders push back against proposed ‘Souls to the Polls’ voting restrictions