(RNS) — The health of Black churchgoers can differ depending on the denomination and the gender of the people in the pews, Duke University researchers have found, and scholars are urging more nuanced examination of the data to help address medical issues such as hypertension, obesity and depression.

A five-year project of the university’s Samuel DuBois Cook Center on Social Equity found that Pentecostal women in particular had higher rates of obesity and hypertension than other Black churchgoers.

“We want to get more information about why Pentecostal women have higher risk factors than women of other denominations,” said Keisha Bentley-Edwards, associate director of research at the Duke center, on Wednesday (June 23). “This is something that we really need to address, so we want to know what’s going on within their faith institutions.”

The project’s first phase concentrated on previously collected data to examine the relationships between health, race and gender and resulted in several recently published papers.

“The findings make it clear that in order to understand the role of religion and spirituality in the health of African Americans, denomination matters,” reads a May executive summary about the project. “Faith-based health initiatives need to appropriately integrate the faith practices and norms of Black church members with denomination in mind, and with a specific eye on gender norms within denominations.”

Researchers also found that middle-aged Pentecostal women in particular were more likely to be obese than younger Pentecostal women, while obesity differences between Baptist women of different ages was not nearly as significant. 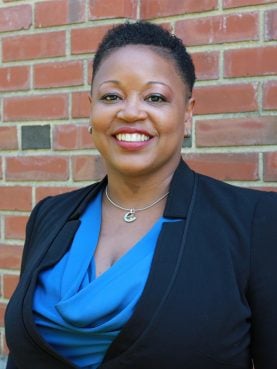 Another study found that the “likelihood of reporting elevated depression symptoms was more similar for Methodist men and women, than when Baptist or Catholic men were compared to women in their respective denominations,” said Bentley-Edwards, who is also an associate professor at Duke University’s School of Medicine.

The executive summary noted that, while the datasets the researchers studied date as far back as 2004 and “are older than ideal,” they are extensive: The National Survey of American Life enabled comparisons among 3,500 Black participants and the National Longitudinal Study of Adolescent to Adult Health included more than 2,000 young adult Black Christians in 2007-08.

Bentley-Edwards, a psychologist with roots in the AME Church, said the reasons behind the disparities are still unknown. Some Black churches, she said, have had health ministries that may include monthly blood pressure checks (though many likely were halted during the COVID-19 pandemic). Others have had awareness campaigns about breast cancer, heart disease or prostate cancer, as well as walking or fitness groups.

But in light of the findings, Bentley-Edwards thinks of her own family members who exemplify “women who give so much to the church” and end up missing out on healthy options for meals. She described an aunt who might work full time, stop in on a family member in elder care, transport grandkids, go to Bible study and then a deacon’s meeting all in one day.

“We have to really figure out ways to integrate faith and health, especially around exercise and good food,” she said. “By the time they go home it’s 9 o’clock at night and they haven’t eaten dinner. They’re gonna stop at what’s open.”

Beyond time management affecting Black churchgoers’ health-related choices, there are also traditions within their denominations that figure into how they keep fit.

They might be more comfortable with a church’s exercise class with upbeat Christian music than the secular music and clothing that people may choose to wear at a fitness center’s dance class.

“Engaging in healthy behavior is not vanity,” said Bentley-Edwards. “Working out is not a sign of vanity. It’s a sign that you want to be there for your family, whether it’s your church family, your biological family or other people of your community.” Six of the states with the highest number of Black denomination adherents — Alabama, Arkansas, Louisiana, Michigan, Mississippi and Tennessee — also have some of the highest rates of heart disease deaths, according to statistics from the Association of Religion Data Archives and the Centers for Disease Control and Prevention.

Those same states — plus South Carolina — are among those with the highest obesity rates.

Bentley-Edwards said the project’s staffers are considering creating programs in collaboration with various denominational leaders that could help address these kinds of public health issues, while pointing out that they should vary for congregations of different faith groups.

“This is not some type of a harsh judgment on the Black church,” she said. “It’s more so we’ve got to be creative and do better.”

Ahead of the Trend is a collaborative effort between Religion News Service and the Association of Religion Data Archives made possible through the support of the John Templeton Foundation. See other Ahead of the Trend articles here.

RELATED: Can I get an amen? Black Americans’ faith, religious practice detailed in Pew study