(RNS) — A day after its General Conference voted down a bill that would have allowed clergy to perform same-sex marriages, the African Methodist Episcopal Church, meeting in Orlando, Florida, passed a resolution on Thursday (July 8) to appoint a sexual ethics discernment committee to make recommendations to the denomination about LGBTQ matters.

The ad hoc committee will identify, study and explain all biblical texts addressing sexual orientation and gender identities, as well as relevant AME doctrine and traditions of biblical interpretation. The committee will also develop and propose legislation.

Importantly, according to the Rev. Dr. Jennifer Leath, one of the resolutions’ co-authors, the committee “will hear the testimonials of LGBTQ+ individuals of African descent within and beyond the AME Church, so that we’re really hearing the voices of the people who are affected by the position of the church on these matters.”

Bishop Anne Henning Byfield, president of the AME’s Council of Bishops, said the committee will help preserve unity as well as address the place of LGBTQ members in the church.

“We had been praying that we did not become like some of the other denominations where this issue would split the church,” said Byfield. “By having the discernment committee, it really gives us the opportunity to pray, to seek God’s leadership in this and to give all persons — but particularly persons in the LGBTQ community in our congregations — (the opportunity) to begin to share and talk. I think this is an excellent thing.

“The church has always been a reconciling and liberating church. And we are committed to work through all areas of liberation.”

A proposed bill voted down Wednesday (July 7) would have allowed AME clergy to perform same-sex weddings but faltered because it had come through unusual channels, and because of the wording of the legislation itself.

“I think that there were concerns even among LGBTQ folks like myself about the wording of that bill,” said Leath. “And so I don’t think we could take it as a referendum on the support of the church for LGBTQ affirmation or inclusion. I think there were some concerns with the approach.”

The resolution submitted by Leath, an AME pastor from Denver, Colorado, along with the Rev. Stephen A. Green, pastor of Metropolitan AME Church in New York, drew 20 other collaborators, including representatives from eight of the denomination’s 20 districts.

“I am grateful to God,” said Leath in response to the resolution’s passage. “I take this as a blessing from on high. It is an opening of a door for so many. There has been silence around our lives, around our identities and around the ways it is part and parcel of our faith. This opens the possibility for a real, genuine, honest conversation.” 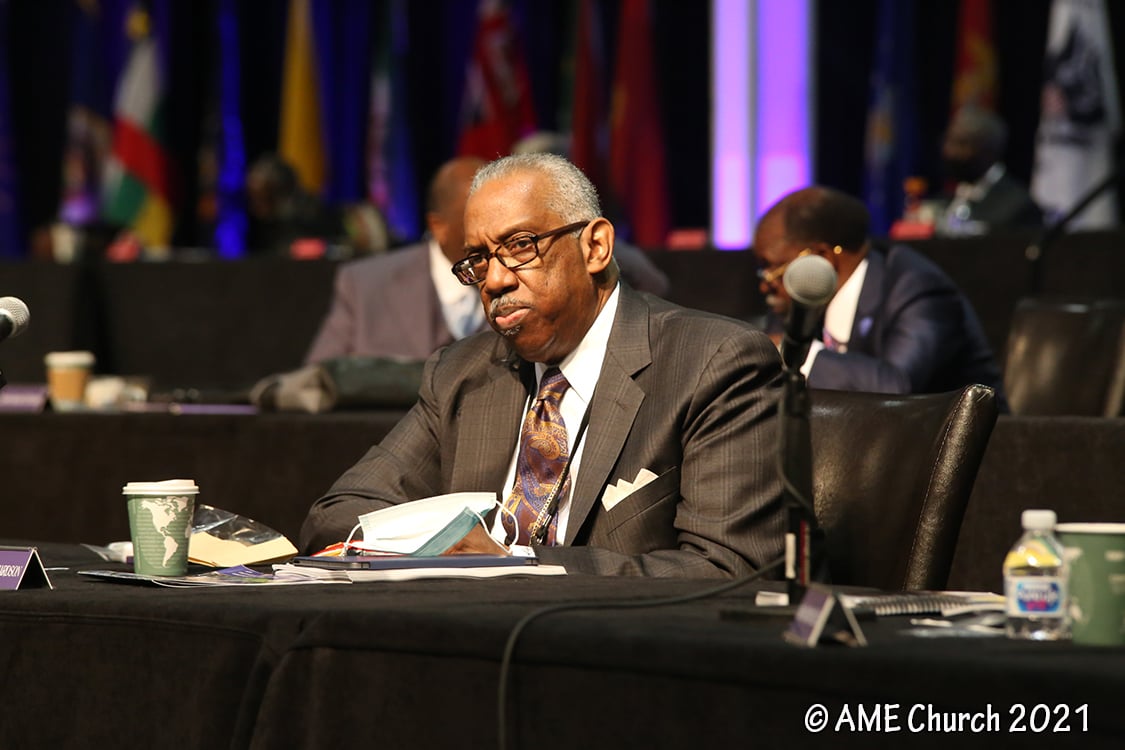 This resolution was years in the making. Leath has been studying and writing about the AME’s discourse on sexuality since 2002 and presented a paper on the topic at the 2016 General Conference.

Adding that she was “disappointed that we have not done more before this point,” Leath said she recognized that in a denomination of some 2.5 million members worldwide, “we have to take time and necessary steps to understand the will of the body.”

She added, “The Holy Spirit is speaking to us and moving us together.”

The committee will comprise of 40 church members, with the bishop who is elected to serve as chair of the AME’s commission on publications serving as the committee’s convener, and the church’s historiographer, publisher and Christian education director serving as co-chairs.

The chairs will appoint the remaining committee members, which will include a balance of clergy and lay persons as well as those who identify as both LGBTQ and as heterosexual.

Green, who co-sponsored the resolution with Leath, expressed deep optimism following yesterday’s vote. “I think there was a transformation in the hearts of the delegates after the decision (Wednesday),” said Green. “After the outcry from young people, the voices of those who were disenfranchised, the cries in the wilderness were heard today. I thank the General Conference and the AME Church for recognizing the seriousness of this moment, and I’m glad that we began to open the door for conversation, so that we can move towards true inclusion and equity in the church.”

This story has been updated.